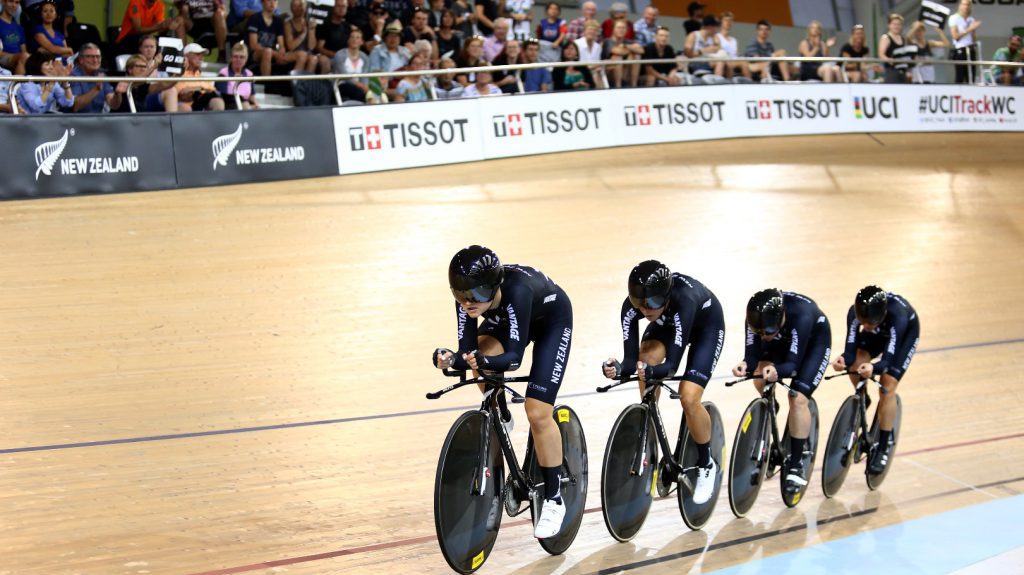 When it comes to purpose built buildings that must conform to the absolute highest standards of workmanship and finish, not many come close to the world class Avantidrome located just outside of Cambridge NZ.

Opening in 2014, the $28 million dollar Avantidrome is 120 metres long and as tall as a six-storey building at its highest point. The requirements for the track, (that has since hosted two World Championships) were described as meticulous! To enable high speed, high adrenalin, close quarters cycling to occur in front of a crowd of thousands, the track itself had to be perfectly made and laid with every component being critical to the final result.

It was no surprise then that it was Soudal SMX- MS Polymer flooring products that were selected to be used along with a specified mechanical fixings pattern for the laying of the beautifully engineered track flooring. These works were carried out by a team of specialist installers. Soudal SMX-MS Polymers have a superb and proven reputation for this type of high performance sports application where the demand for high strength, low movement and durability in a high stress environment are paramount to the success of the facility. Five years later the Avantidrome has won global recognition among the cycling world as one of the premier locations for elite cycling. A great result for Cycling NZ a great result for Soudal.